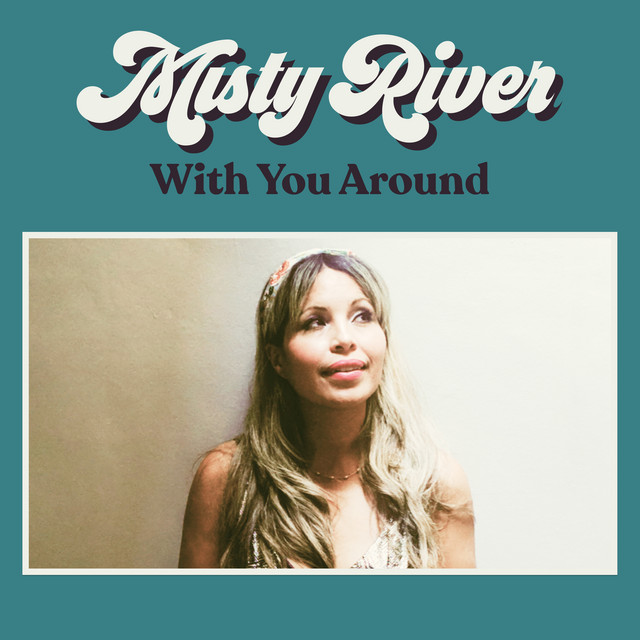 Take This Dance (Live from Under The Apple Tree Studios) 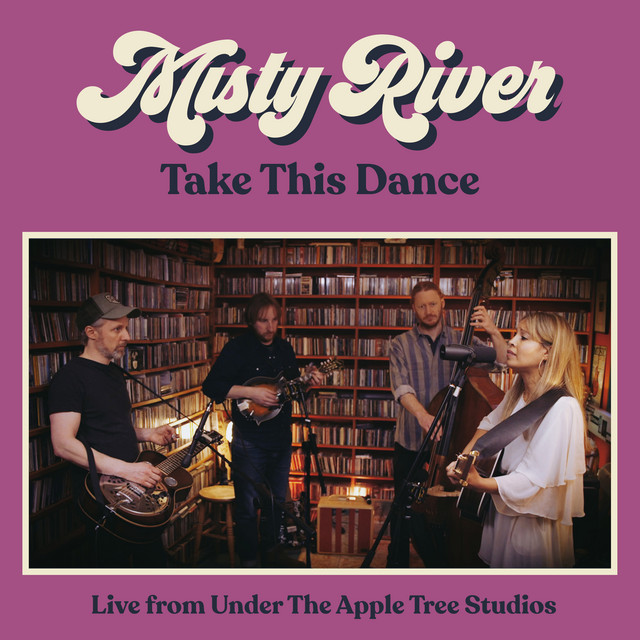 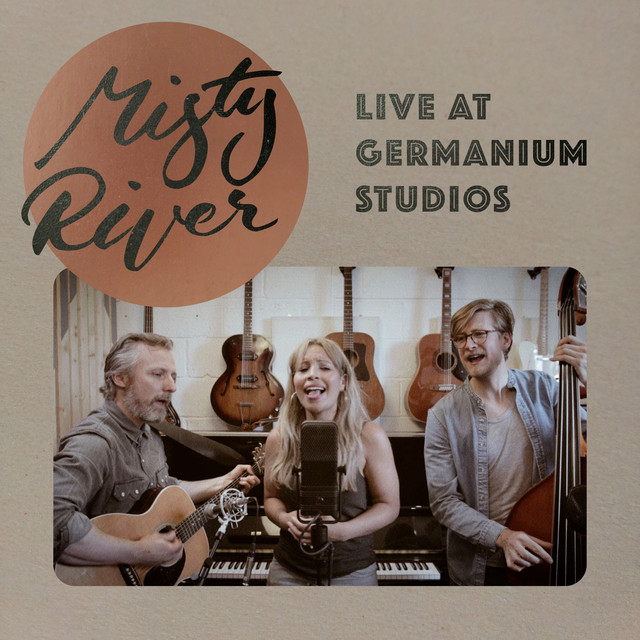 Take This Dance (From the Netflix Documentary A Secret Love) 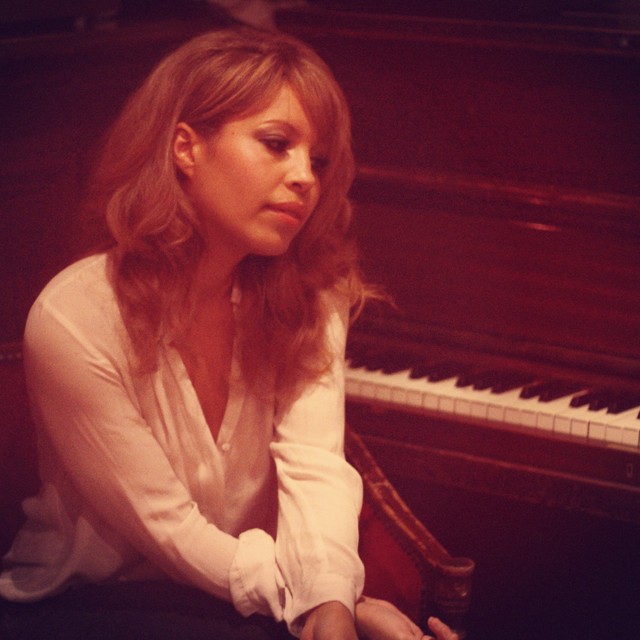 How an Irish-Trinidadian fiddle player that went to school in Montgomery County came to collaborate with a preacher’s son from Cambridge obsessed with playing Blues, is a story probably best told over a cold pint of Guinness. It took a leap of faith for Phelan to step away from playing the fiddle and leave behind a successful career as a back-up artist but the songs kept coming, so she took a chance and stepped forward as a songwriter and singer in her own right, creating Misty River. Long term collaborator Adam Morley came onboard as producer and arranger and they have hit the ground running. ‘Timeless’ and ‘Authentic’ are often used to describe Misty River’s sound, steeped in Bluegrass, Irish and Blues traditions where the song is always King. With showcases for ASCAP and Americanafest (Thriving Roots), two impressive sync placements (one an Oscar winning film) it’s no wonder that taste-maker support is growing fast. With airplay on BBC radio as well as RTE Radio 1 and 2, inclusions on Apple Music Country Wide Playlist, as well as Ditty TV and Songpickr playlists and an engaged social media following, the forthcoming debut album is highly anticipated. The personnel on the debut record is truly impressive with appearances from Chris Powell (The Highwomen, Brent Cobb), Graham Hopkins (Snow Patrol, Glen Hansard), John Reynolds (Sinead O’Connor, Indigo Girls), Jeremy Stacey (Sheryl Crow, Ryan Adams), Peter Levin (The Highwomen, Greg Allman), Andy Wallace (Ronnie Wood), CJ Hillman (Billy Bragg), Nick Pini (Laura Marling), Mark Lewis (Yola). The record was produced by Adam Morley, mixed by 6 time Grammy award winner Vance Powell (Chris Stapleton, Jack White, Sturgill Simpson) and mastered by Richard Dodd (Civil Wars). “…the touching vocals of songwriter Carmen Phelan wash over you hauntingly amidst a sea of rich, warm Americana melodies, deftly arranged by producer Adam Morley” Record Of The Day “The quality of the performance and production is clear. Look out for the album in the new year; we predict it's going to be something special” Americana UK “There seems to be a real movement towards this authentic, old-fashioned, traditional bedrock of music amongst artists and Misty River are part of that now. I absolutely love Iris Dement and there is something, I think, in Carmen's voice that's a bit Iris Dement.” Baylen Leonard, Country Hits/BBC Radio “Take This Dance is a song of love and connection that goes straight to the heart” Your Life In A Song "Take This Dance is a love song with a sweeping, implied narrative that stretches from original romance through to the treasured memories of an entire life together” Chillfiltr “Echoes of Tom Waits, Townes Van Zandt play tag in lyrics that evoke images of friends and lovers lost and found on the road” Q Magazine Press - Chris Latham, Swell Publicity Radio - Jeremy Verrall, At The Helm PR Legal - Luke Hill, Sheridans 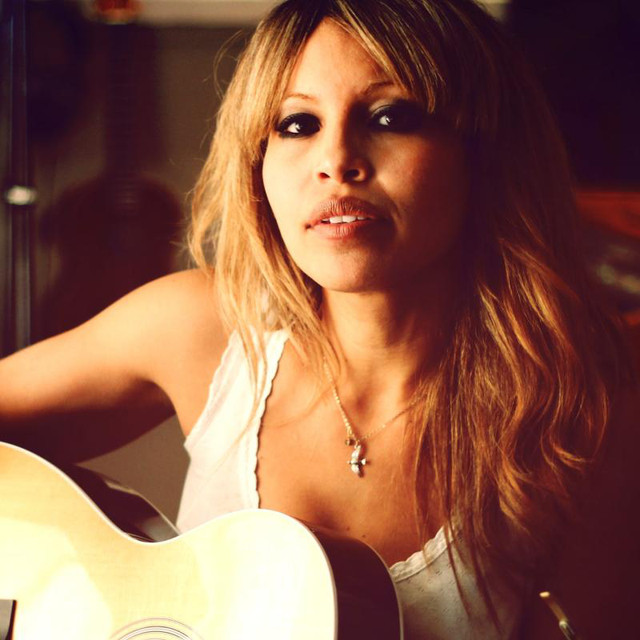 Sign up to the Misty River mailing list for music, tour dates, merch and exclusive content
Your email address will be used by Misty River to send you news and information. It will not be used for any other purpose. 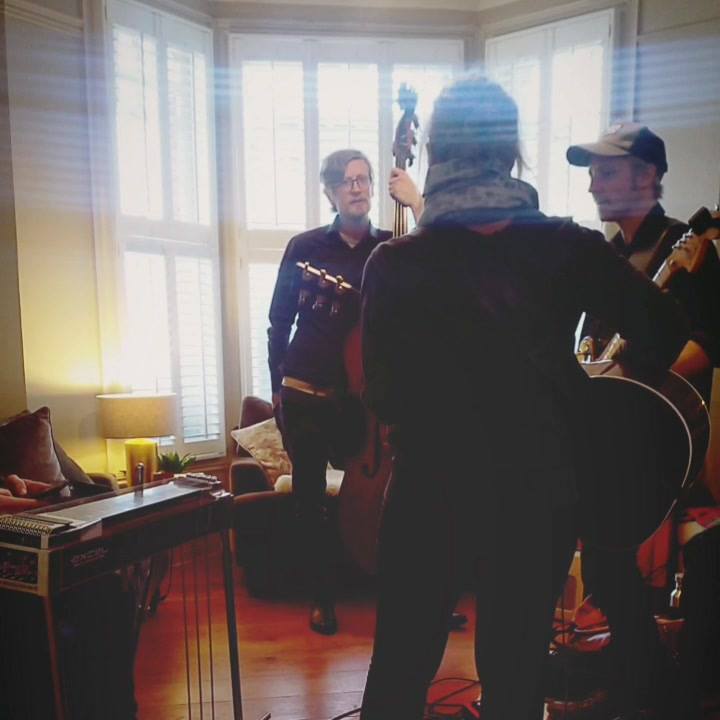 Happy Friday Friends!!! Pre-Lockdown practising harmonies with the lads before recording a little something special for @theamauk #stayingconnectedfestival 💪 Not going to lie, love a bit of three way harmony, happy days 💕🤘 Do you have your ticket yet?! Its a stellar line up Pssst... Look carefully and you might spot @cjhillman87 in the thumb piano (also known as whassap 🤣) #theamauk21 #mistyriver #americana 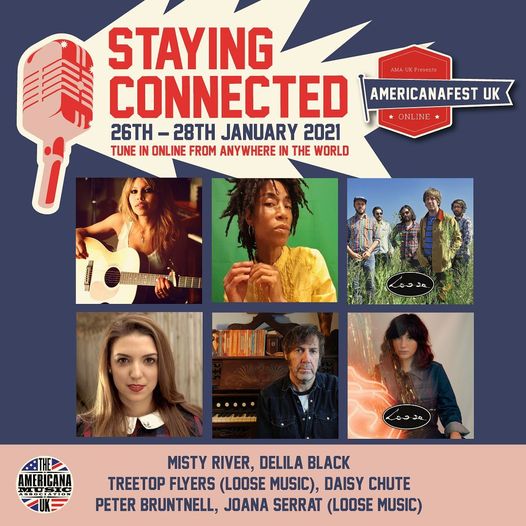 Absolutely bloody delighted to be showcasing for Americana Music Association UK #StayingConnectedFestival next month! Its a Stellar line-up over three days, if you haven't had the chance already, tickets are still available to purchase here 😊 ticket link www.bitly.com/AMAUK21

Nominations close at midnight for the #amauk21 UK Americana Awards. Thanks so much to everyone who has already nominated 'Take This Dance' for UK Song of Year 🙏 If you're an AMA member perhaps you might consider a nomination for the song if you haven't voted yet... (link in bio). It's from our new album 'Promises' due out early next year. The response to the song so far has been so lovely, including Americana UK 'Watch the masterful musicianship on this beautiful song by Misty River' as well as Your Life in a Song calling it 'A song of love and connection that goes straight to the heart''. The many wonderful messages from people all around the world who have heard it in @netflixfilm #asecretlove have also been so appreciated. Sending love and light in these worrying times and hoping you and your loved ones are keeping safe X #amauk #americanauk #americana #americanamusic #yourlifeinasong #americanafest 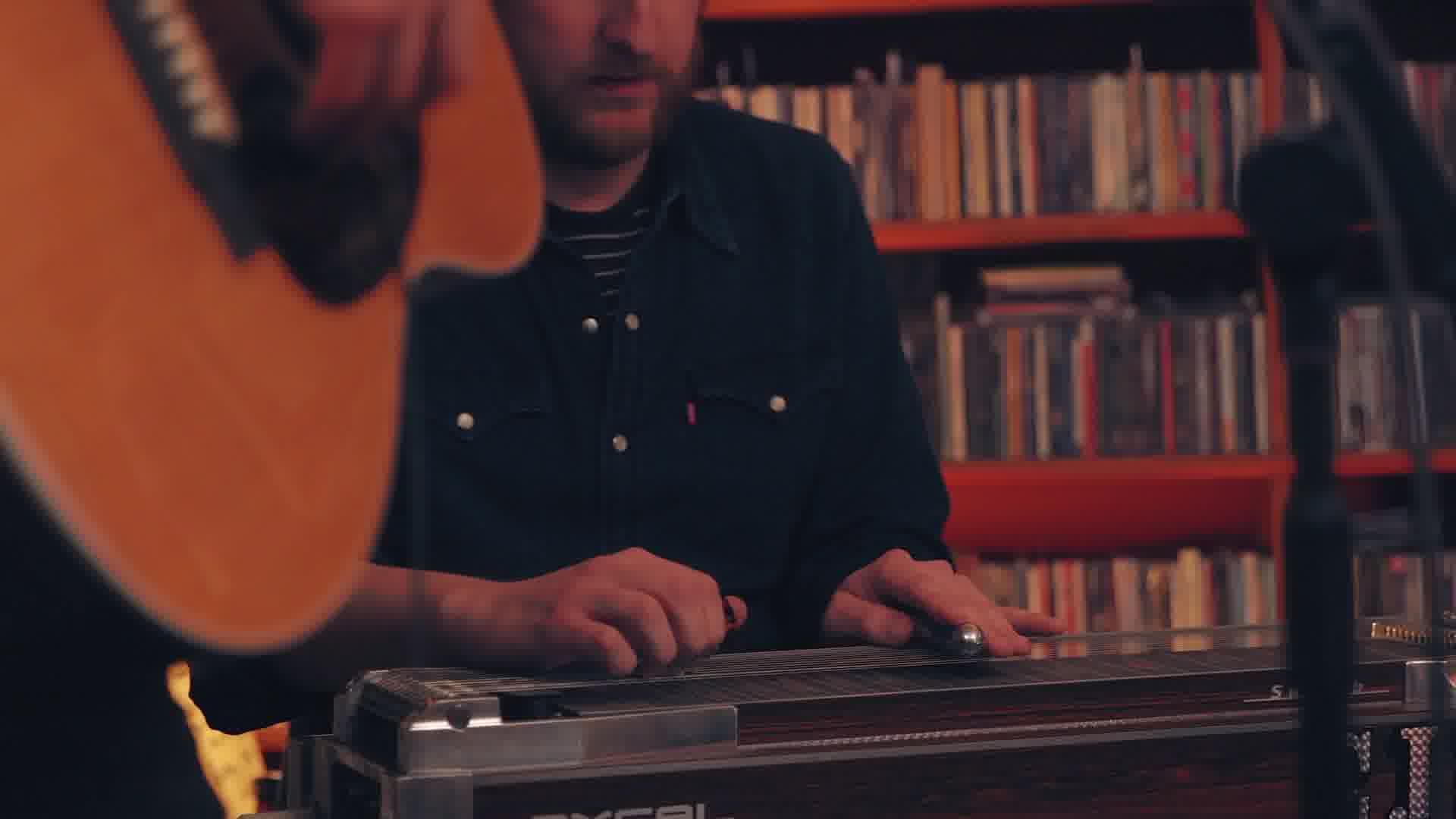 Rain✨A song about resilience in the face of adversity... So many of us are in need of a little of that lately. Super happy we got to record this live version with the band a little while back; It's from our forthcoming debut record, we can't wait to share it with you all 🌟 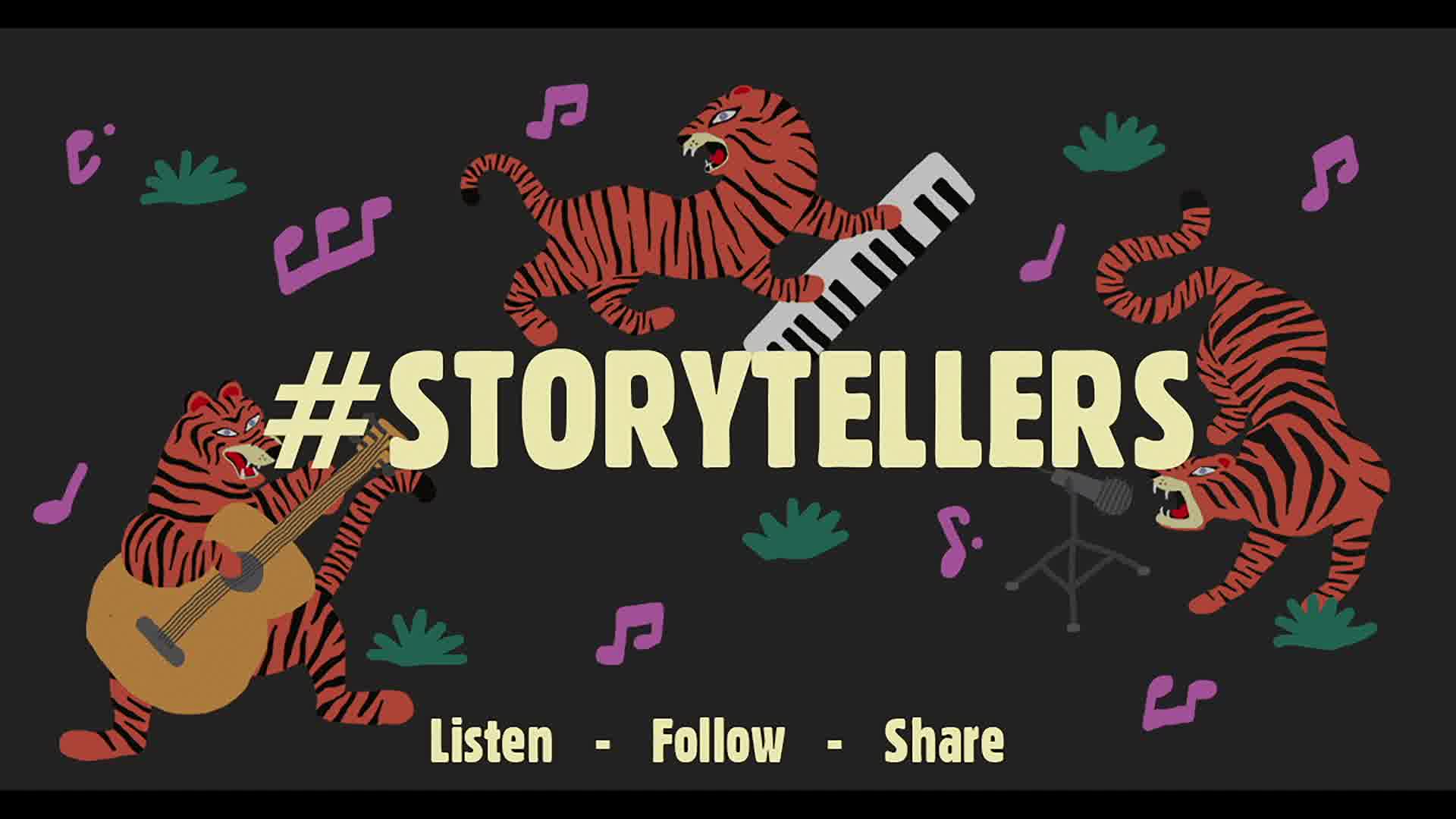 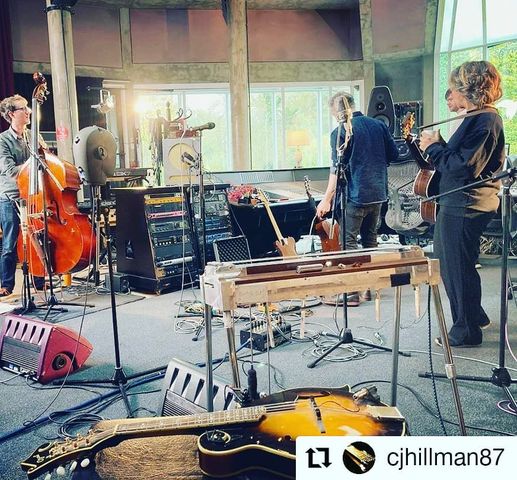 RT @B_Undergr0und: Introducing @mistyrivermusic who will be performing at the brand-new virtual showcase Country Connection Live this Thur… 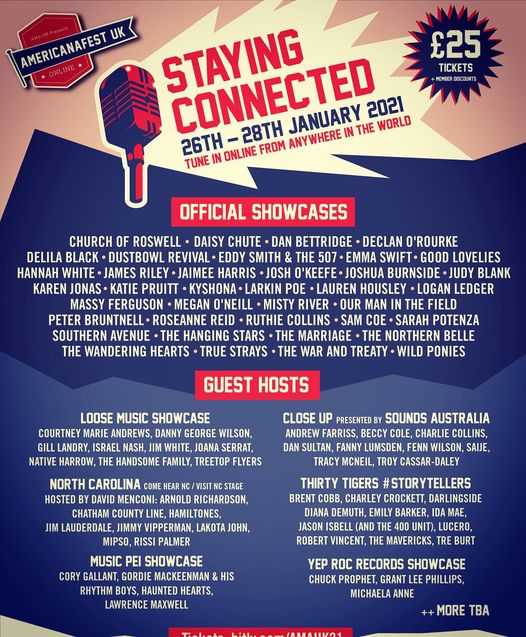 Love that this festival is called #StayingConnected - The one thing we all need right now...that we get to be a small part of this wonderful 3 day event is amazing. Ready to go full on fan girl for @gillianwelchofficial @steveearle @darlingside @mipsomusic and super excited for showcases from this talented bunch @laurenhousley @ladynadeuk @themarriagemusic @wildponies @emilybarkerhalo @hannahwhitemusic ❤️ Hope to catch up with some of you for a virtual pint next week 💥🙌💃#amauk20 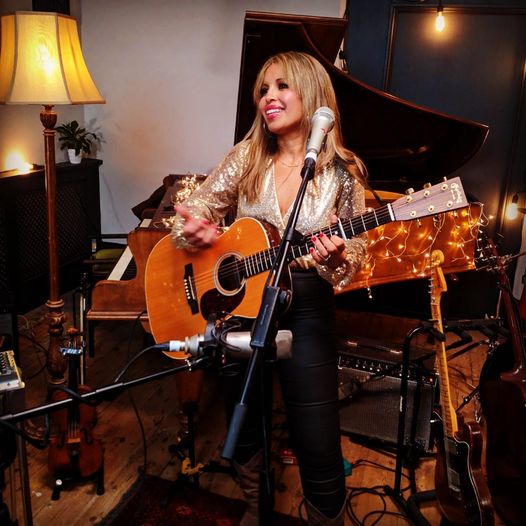 Don't miss our live stream concert MONDAY @2PM ET/11am PT/7 GMT Tune in here live.bandsintown.com Looking forward to performing a few of the new songs, hope to see some of you lovely folk there ✨ 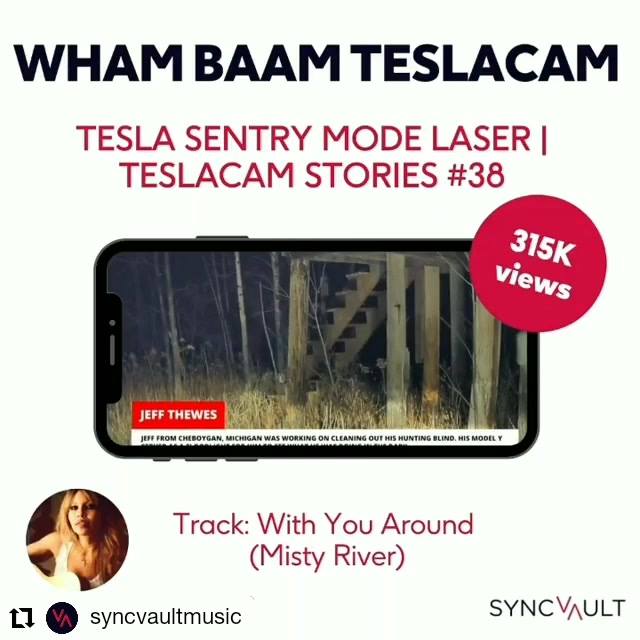 Great to see #WithYouAround being used in this 💪🙌 Repost @syncvaultmusic • • • • • • And that's a wrap! This week we shine a spotlight on awesome creators using our artist's music 🤩 ⁠⠀ Wow! What amazing results from these creators! ⁠⠀... ⁠⠀ 🎥 Want to see more from these creators? Check out:⁠⠀ @whambaamteslacam⁠⠀ 🎶 Want to see more from these artists? Head to:⁠ @mistyrivermusic⁠⠀ #sync #syncmusic #americana #rootsmusic See More 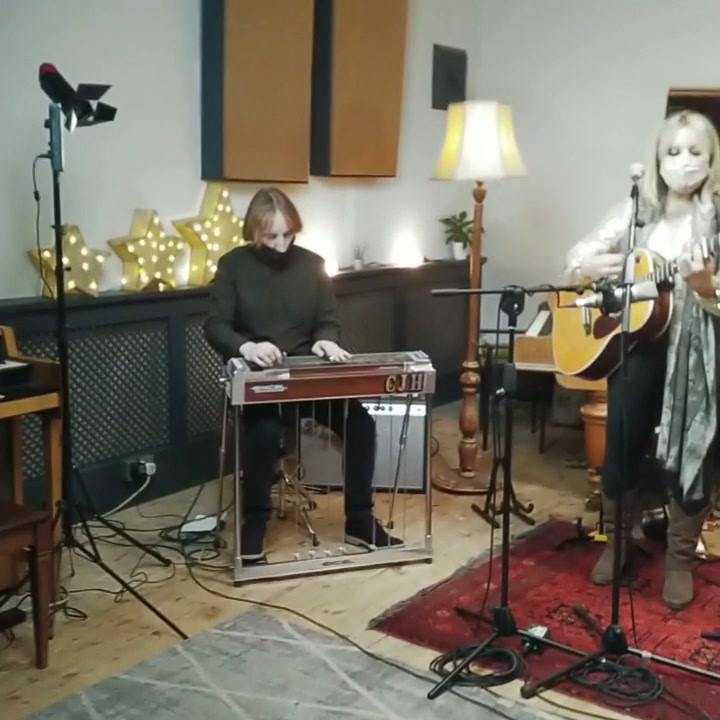 Who'd have thought a covid secure session could be so feckin fun?!! Brilliant afternoon with our friends @thecryptstudio filming for @theamauk #stayingconnected festival...here's a little of the warmup with @cjhillman87 @markylewis totally smashing it. Thanks also to the talented @freckled.rambles for the awesome make-up, looks even better without the mask! #amauk

Still on an absolute high after spending the day filming @realworldstudios with @northerncowboyfilms @british_underground It really was magical to be making music in such a special place with @cjhillman87 and @lukasdrinkwater First time performing live with the full band since March so safe to say, it was PRETTY DAMN AWESOME #Repost @lukasdrinkwater • • • • • • Real World Studios Working in this magical place today with some magical people too. Great session at Real World Studio today with Misty River & CJ Hillman

RT @mistyrivermusic: This Sunday friends!!! Tune in tomorrow to hear our new single #WithYouAround get its first national radio play on Cou…

#Repost @british_underground • • • • • • Introducing @mistyrivermusic who will be performing at the brand-new virtual showcase Country Connection Live this Thursday at 5PM (CT) in partnership with @cimamusic75 & @soundsaustralia . Full details and tickets over at www.britishunderground.net So excited and honoured to be one of the four UK acts chosen to perform at #ThrivingRoots!!! Many happy memories of last year's @americanafest especially the awesome #bootlegbbq with @british_underground and @theamauk Wishing I was headed to the @thirtytigers #gospelbrunch again too but this is definitely the next best thing and I can't wait! Watch out for sure to be awesome performances from @ladynadeuk @laurenhousley and @ferrisandsylvestermusic put together by the brilliant @northerncowboyfilms #americana #amauk #americanamusic

RT @americanaUK: Check out the latest single from @mistyrivermusic as they announce their debut album 'Promises' in autumn https://t.co/Y40…